How Social is Your Data?

Bing! Bing! … Bing! The cliche iPhone ringtone has become as regular of  noise as the sound of cars passing by. Ten or even five years ago the sound of a phone going off was more apparent and typically indicated that the person was receiving a  phone call or text, but we live in a new era far different than the one we lived in several years ago. Today, we live in a society that is heavily controlled by social media and the sound of a phone going off can mean a variety of things ranging from an Instagram ‘like’ to an alert when a Facebook friend is nearby. Traces of people “doing it for the insta” and “live tweeting” fill our daily vocabulary and social media feeds, further confirming how largely our society relies on social media platforms.

It is reported that Facebook attracts 1.09 billion daily users which calculates out to about 15% of the world's’ census. The ever-so popular website has quickly become the App Store’s most widely downloaded application and users have found both positive and negative results stemming from the price of constant communication. On one hand, users are attracted to the idea of keeping up to the minute statuses of their friends and the convenient experience has become one that appears to be customized for the user. While on the other hand, some see society becoming too reliant on social media and find that there are negative consequences for the ability to seemingly check-in on any user's life. While both sides argue valid points, regardless of  how you see social media, we can all agree that data plays an extensive role in how social media has developed and intertwined itself into our lives.

Someone wise once told me that people only put the best parts of their lives on social media and when I think about it, I realize just how right they were. I wouldn’t dare to publicly advertise failed relationships, deteriorating grades or a demotion in my career. One element social media plays is providing the most positive glimpses of your life and making them available for all to see. Part of this facade is making sure all 800 of your followers see how much fun you had on your trip to Mexico or cute pictures of your new puppy. But have you ever thought about these glimpses of time you advertise as being streams of data?

Each photo you posted of you and your best friend soaking up the warm sun in Mexico was a point in the complex arrangement of social media data streams. We each make up a small, miniscule piece of data that is collected and recognized by a variety of social media outlets. Your face, and the faces of the people around you, becomes the latest pieces of data collected by Facebook through the photos you upload to your account. From there, Facebook facial recognition automatically guesses who is who in your personal bubble… and who’s not.

Just as easily as Facebook collects data across photos, data about you and your interests is also populated through the things you indicate you ‘like.’ From sports to celebrities, there are millions of different ways to express yourself and your interests to your social media friends. ‘Liking’ something has taken on a drastically different meaning than the way you “liked” Nickelback years ago. Now ‘liking’ something equates to a tiny row of data that can essentially be mined to guess other aspects of your interests. Based on what you ‘like,’ Facebook draws on other users who have similar ‘likes’ and collects data about their interests to determine and suggest other pages and things you may ‘like.’

So where are these massive rows of data stored? It has been reported that Facebook stores 2.5 billion pieces of content each day. All of that content is equivalent to more than 500 terabytes. Talk about a lot of photos! While Facebook currently is storing all of this data in one location, there are rumors of a project that will expand their data storage warehouses to states across the country and Sweden.

The world runs on data and while some of these features and how they work are second nature to some of you, I think it is important to make note of the critical role data plays in social media. Massive amounts of data are uploaded and collected each day which is stored and eventually used to better recognize the user and overall strengthen the user's experience. So next time you hit upload or ‘like,’ remember all the data that is being collected and try to predict how these snippets of data will work to enable a more personalized experience. 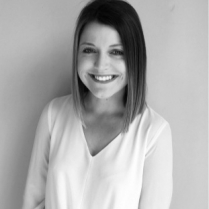 As a graduate student, I am interested in gaining valuable skills to continue to enhance my unique skillset. I have developed a strong interest in macro-based social work and through this interest I have enjoyed strengthening my indirect social work skillset through fundraising, marketing, event planning, community relations and grant writing to further my career goals.

How Social is Your Data?

The world runs on data; massive amounts of data are uploaded and collected each day. In this blog post, learn how data plays a critical role in social media