People who know how to use this data and present it to an audience are highly skilled and that is usually reflected in their high salaries and hot job market. The skills gap in data science had been a growing concern for several years but 2016 was the first year where the gap appeared to narrow.

No matter what, it is important to know what sort of skills a good data scientist needs and how to find the right people with those skills. Knowing that will make filling in that skills gap in your own organization that much easier.

Analytics Rules Everything Around Me

Raw data is tricky and won’t just tell you answers you want to know like a crystal ball. You have to know how to structure your data into something useable. That’s even more important with today’s ability to leverage Big Data, which can involve millions (or even billions!) of pieces of data. When you have that much data, it is impossible to simply look at what you have and be able to extract any meaningful answers from so much data.

You need a machine to process all that data. We call the programs and methods to do that “analytics”.

Someone who does analytics for a living is a data scientist. A data scientist needs to be someone who can do a lot of things. They need a solid grasp of statistics and statistical methods, they need to know computer programming and software in order to compile, compute, and analyze the data.

A data scientist may also need skills as an artist or graphic designer in order to present data in appealing and innovative visual ways (including animations). Data science is both a science and an art form after all. A data scientist also needs to be a good communicator, able to explain what the data and their presentation says about a subject in a way that is easy for a general audience to understand.

That’s a lot of skills! Naturally, someone who can do all that is very talented and can also be very rare. That’s why job candidates who can meet the every requirement in a job description can be called unicorns.

That rarity has led to a growing skills gap in data science for many years. One survey had nearly 70% of employers saying they’d give preference to applicants with solid data science skills. But schools said that only a fraction of their students were going to graduate soon with those skills.

One of the reasons considered for this disconnect was the focus on specialization within education. Data science requires a wide breadth of knowledge in a lot of areas but most educational and business paths focus on specialized knowledge. And with actual degree programs in data science and analytics still being rare (but growing) there can be reluctance from employers to hire someone without specific credentials even as the need for talented workers becomes dire.

As more and more companies realized that they needed skilled data scientists, this made it harder and harder to find and recruit the best talent. That was good news for data scientists who saw their salaries soar.

But the market has responded and with the increasing availability of free (or very cheap) online courses on data science and analytics, we may be seeing the data skills gap narrowing as more and more people choose to become data scientists. That’s a much different situation than even last year when the gap seemed bigger than ever.

To be clear, salaries aren’t declining.. they just aren’t growing as fast. One survey found that has had an effect leading to a slowdown of hiring data scientists with PhDs.

The same survey though said that entry-level data scientists who worked with unstructured data and usually write the computer programs used to analyze data were making more than established analytics professionals who only work with structured data.

So even if the skills gap is narrowing, there is still a lot of opportunity out there both for workers and their prospective employers.

Data Science and Self Learning

Of course many entry level data scientists today are not even getting a formal education in data science and analytics. They’re teaching themselves using the massive amount of self-paced online courses available on the internet today.

Online courses can come from a variety of sources, some are provided by for-profit companies, while others are provided by universities themselves. There’s a wealth of options to choose from and you can read up on some of the best ones here.

These courses are great for people who are already professionals but may not have the time or resources to go back to school. With the new courses, they can gain the interdisciplinary skills needed to be an effective data scientist.

What makes a good data scientist?

For more on effective hiring, you can read this post on the website First Round that can give you goals to aim towards when interviewing for an open position.

The data skills gap may have closed a little bit over the past year but it is still too early to tell whether that trend is permanent or not. More people may be becoming data scientists but analytics is a field that can also grow much more in the future as big data gets even bigger.

So maybe 2016 is just a blip, or maybe we’re finally seeing stabilization in the market for analytics and data scientists. That will be a good question for any data scientist looking for some work to try and answer. 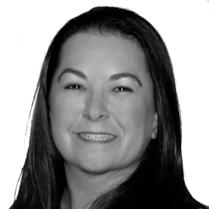 Robyn Forman is the VP of Marketing at Zoomdata. She was previously the VP of Global Marketing at Searchmetrics, a leading enterprise search and content platform company, and has held VP of Marketing positions at SugarCRM and Engine140. She has founded two successful marketing consulting firms, PipelineDemand and Red Apple Marketing. Robyn holds a B.A. degree in English literature from Framingham State College and a J.D. from Suffolk University Law School.

While more people are becoming data scientists, analytics is a field unto itself. Learn what to look for when hiring the best data team.