Watch this video to learn why economics play a major role in big data.

There are a lot of ways to look at big data and the modern data platforms that support it. Of course, a common perspective is the three Vs: volume, variety, and velocity. In this video, Matt Aslett looks at big data platforms from the vantage point of economics. He notes, for example, that over time the cost of keeping information has become less than the cost -- or risk -- of getting rid of it. The economics of storing vast quantities of data have changed so dramatically that it’s triggered the “fourth industrial revolution.”

Big Data is About Economics

Well, maybe, but maybe not--at 451 Research, we've looked at big data in a slightly different way, and our conclusion is that big data is actually fundamentally about economics.  And the computer historian George Dyson I think put it best when he said that the cost of keeping information has become less than the cost of throwing it away.  And it's that economic change that's enabled big data, and it's been rooted in the combination of distributed computing architecture, memory capacity, processor performance along with open source software and distributed data processing.

The Cost of Storing Data Has Plummeted

And we see that change in the economics of storing and processing data in action with companies like New Star who've gone on record of saying, you know, storing historically 1 percent of their data for 60 days cost them about $100,000 per terabyte.  In comparison, with the Hadoop environment, they can store 100 percent of their data theoretically forever at a cost of $900 per terabyte.

Another company, TrueCar, talks about storing data at a cost of $19 per gigabyte in a traditional data warehouse versus just 23 cents per gigabyte for storage and less than 1 percent for--sorry--less than 1 cent for space, power and cooling.

And it's that economic impact of big data along with the potential of internet of things and artificial intelligence that combines to make up, beyond big data to actually this being a trend that we could call part of the fourth industrial revolution that actually is potentially set to fundamentally alter the way that we live, work, and play and communicate with each other.

So, if you think about the first industrial revolution, powered by steam powered machinery, it really changed the economics of manufacturing and transportation and the way in which people lived and worked.  And now, we see the internet of things, automation, artificial intelligence having a similar wide ranging impact on the way in which we work and play and communicate. 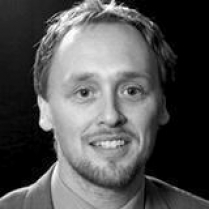 Learn why economics play a major role in big data. Matt Aslett looks at big data platforms from the vantage point of economics.