What is the Importance of Streaming?

In this video, you’ll find out how streaming analytics moved beyond complex event processing for a few large organizations -- mostly on Wall Street. As bandwidth has gotten cheaper and new software technologies entered the market, streaming analytics applications have exploded.

Okay. So, why are we talking about streaming? Why are we having this conversation? Of course, I get that question all the time at Ovum.

One is that, actually, it's really not a new idea. It's actually about as old as evolution. I mean, the idea about acting on data in real time, that's as old as the cavemen basically. If they spotted a bear or a dinosaur charging at them, they had to process that data in real time. Otherwise, there'd be no more cavemen.

The modern idea was that with some of the high value business processes, is there a way that we could make this a closed loop decision making process - in other words, that we look for specific types of events or occurrences and therefore automate, you know, make this a kind of closed loop type of thing that we act on it.

And that was actually what became the origins of what was called complex event processing. Those of you who don't dye your hair gray might remember this back from the '90s. It was an idea basically of constructing a set of rules about the things that could happen so that, based on certain rules, you would spot certain outliers and then take certain actions. And it did get some traction on Wall Street, because, of course, Wall Street firms tend to look for bleeding edge technology to differentiate themselves. But, it really had very limited applicability elsewhere.

So, what was the showstopper, well, one, at a time there was relatively little bandwidth, I mean, Wall Street firms could pay for very fat pipes, but not the rest of us. So, the amount of data you're dealing with was now statistically significant.

There were no standards, so no way to basically easily integrate into all this and develop, let's say, business logic very easily. And what follows from that is that the software and in many cases the hardware was proprietary. So, what you ended up with was basically some proprietary programs that required some very complex logic. And as a result, you had a relatively small skills base with a solution that really--it was really a solution that was looking for a problem.

Now, fast forward to the present, and all of a sudden, we see an explosion of streaming and streaming related solutions. So, what's happened? 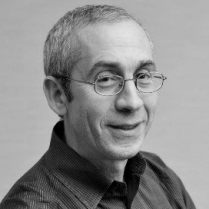 What is the Importance of Streaming?